The olympics are about waaaaay more than just sports. Obviously. So, as the games wrap up, we thought we’d wrap up all the non-sports stuff for all the advertisers, designers, and tech geeks in the room. 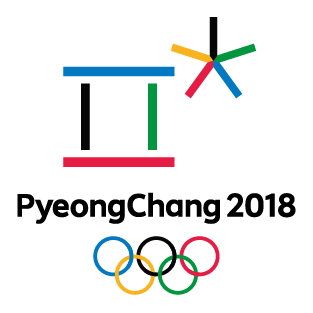 It’s not everyone’s favorite logo – pointing at its lack of energy. In fact, some say it is one of the worst Olympic logos. While it doesn’t top my list, it doesn’t bother me either. It’s simple and flat, fitting in with the current logo trends. It has a defendable meaning. It’s just a fine symbol. Not a standout, but not an atrocity.
On the flip side, here’s the story of one of my favorites, Mexico 68. A design that did stand out and how that design spread into a city wide campaign, “setting the precedent for years to come.”

Speaking of a city wide campaign, the supporting brand elements part of Interbrand’s “Passion. Connected.” campaign are fully integrated in every inch of the games. The alphabet even used in the medal design. The colorful geometric elements seen on signage are entirely built from the symbols of the Hangul – the Korean alphabet created to promote literacy an equalizer. Once again using symbols of togetherness and connection.

I personally was drawn to the bright pink signage along the tracks of the luge, a fact that I shared while watching. Only a designer would comment on the signage of the Olympics instead of the incredible athleticism of a human speeding down an icy track.

Speaking of watching the games, the Olympic Committees put in a large effort “to attract a younger audience amid declining viewership”. A big tech push to make the Olympics more appealing to the young crowd. With VR broadcasts, a drone display in the opening ceremony and closing ceremony, and a sponsorship with Snapchat – technology played a big role in the games.
Snapchat even built a livestream feature to promote the olympics. Live footage in short digestible clips.
Tech even showed up in the uniforms too. Keeping Team USA toasty with heated Ralph Lauren parkas during the opening ceremonies. Helping them maximize aerodynamics with Under Armour bodysuits. Even payment-enabled gloves from Visa.

Visa is one of thirteen companies that are in the official Olympic Partner Program. Long time sponsor McDonalds dropped their sponsorship this year, and Intel stepped in – cue the drones.

Sponsorship is a big part of the games as it accounts for a fifth of revenues for the International Olympic Committee. Sponsorship is important to the athletes too, but due to Rule 40 of the Olympic Charter – athletes can’t mention their personal sponsors during the events. It restricts all public references to Olympic competition to the official sponsors only. So don’t throw around the words “TeamUSA” or “Olympics” in your ads unless you’ve got approval.

Even without mentioning sponsors, I’m sure many an athlete saw a rise in followers and adoring fans. If you didn’t walk away from PyeongChang with a newfound love of the US Men’s curling team, you’ve made a huge mistake. Good games everyone, see you in 2022.