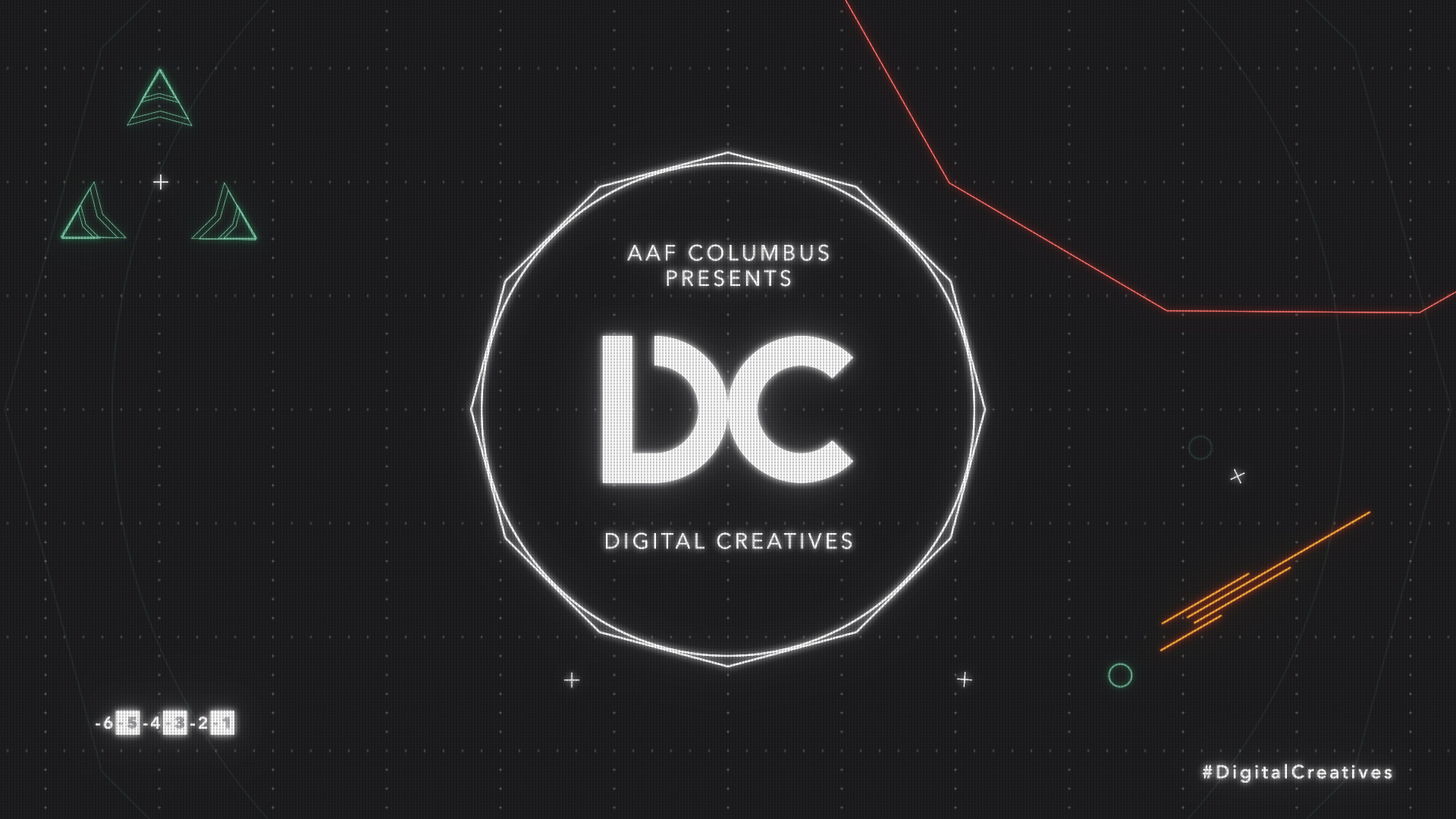 On April 16, 2015 AAF Columbus hosted Digital Creatives, a moderated panel that covered topics around new design trends, the importance of content, SEO, social media, and how value can be continually added to brands through new, innovative channels.

Key concepts for the event included the words and phrases Digital, Communication, Forward Thinking, Togetherness, Creative and Future. Using those core ideas for inspiration, we crafted a visual concept for the event brand identity that was full of technical imagery and one where nearly all motion is to the right and/or upward. The one major exception to this rule was where we had multiple concentric ring, in those cases circular rotations were mainly clockwise with a few counter-clockwise to offset the idea.

Also key to our concept was the number six, since six agencies would be participating in the Digital Creatives event. We leveraged the number six throughout the design elements in ways both blatant and less obvious. We relied heavily on polygonal shapes that had 3, 6 or 12 sides. The little floating number bar ( running from -1 to -6) appearing in most of the title transitions was another obvious nod to the number. Beyond shapes, we continued using the concept of six throughout the design, many of the shapes travel along 60 degree paths (offset 30 degrees from the main design).

The basic red and cyan colors were inspired by the event’s sponsor Portfolio Creative, though we didn’t use their exact brand colors. Originally we had planned on using just four colors for the event brand identity (dark grey, white, red and cyan) but ultimately found that it wasn’t dynamic enough so we added orange to the mix.

Throughout the project we managed changes in the color palette with Ray Dynamic Color, a fantastic script that can be found on AE Scripts. Each section of the title build was quite complex, with 500-600 layers throughout the project, so being able to managing the final color choices at a global level was huge.

We created still and motion elements for promotional use before the event which included website headers, still assets for social media channels (Twitter, Facebook, LinkedIn and Instagram) and an event teaser video for Instagram (see the embedded video below). Additionally, we created all of the still graphics used in the main event presentation and the motion titles which were used throughout the opening agency reel.

Pulling it all Together

We had a limited amount of time to create all of the promotional and presentation components. The event brand identity design concept took a few days to create, while all of the animation was completed in less than 2 days.

Specifically for this project we purchased several new After Effects scripts, which greatly enhanced our Shape Layer based workflow. Our favorite new scripts are Rift, Keysmith, Sortie (all three created by Michael Delaney of Fusepilot), TranShape and Explode Shape Layers 3. All of these scripts can be purchased from AE Scripts (linked above). 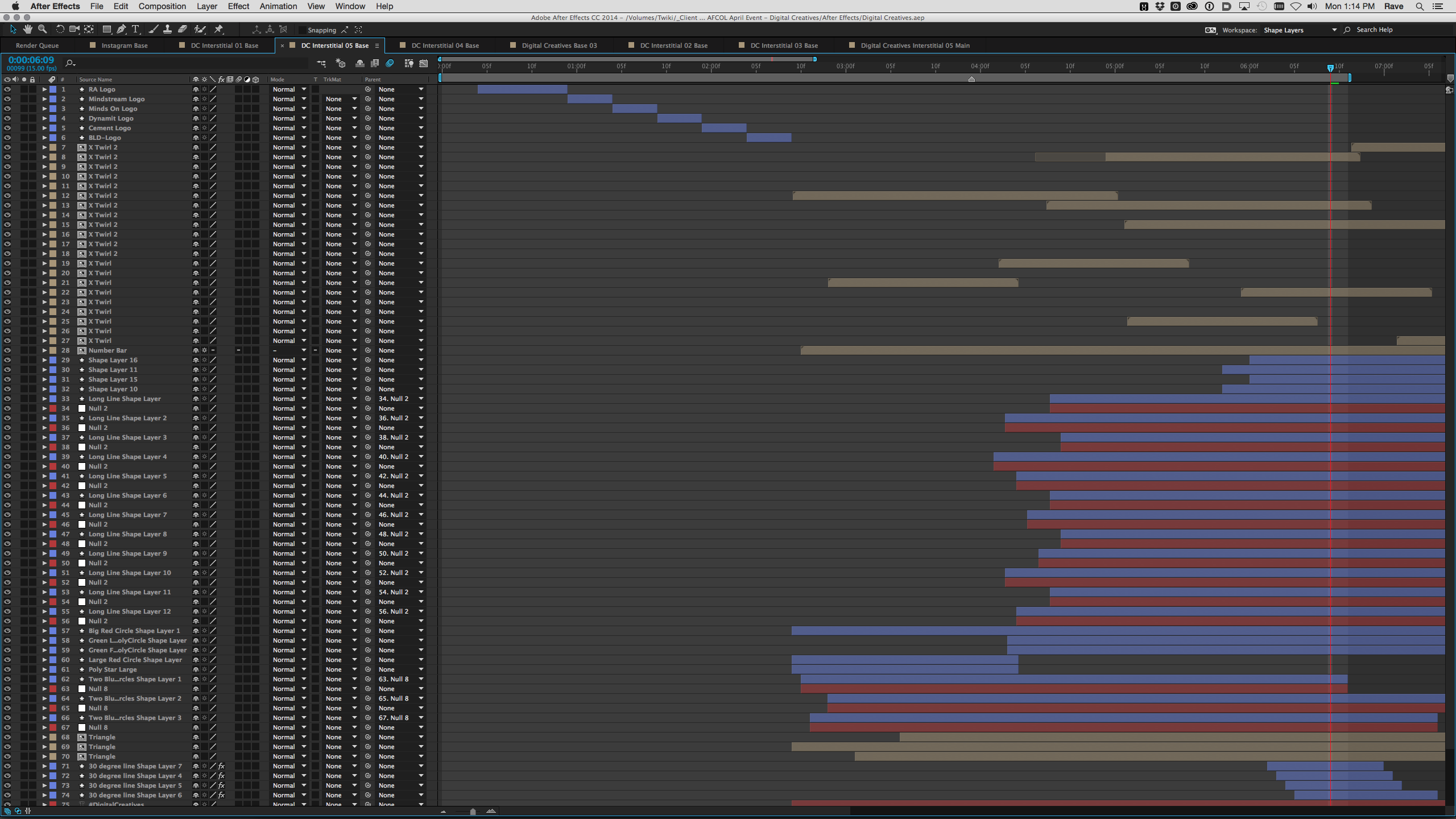